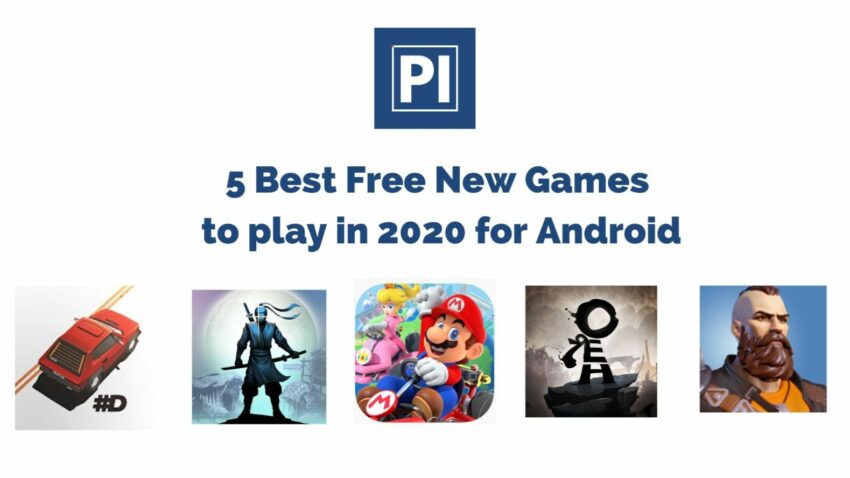 People don’t use smartphones just for making calls, saving their files or for photography, it has become a primary source of entertainment, and what else gives you more entertainment and fun than games do. More importantly, smartphones, these days, designed and built especially for gaming purposes. In fact, the gaming phones are the most powerful and capable phone you’ll find out there, to name the latest — Asus ROG Phone II, Red Magic 3 and Red Magic 3s.

The craze and interest from people for smartphone games inspired us to make a list of the best new & free Android games to play in 2020. We have excluded popular games like PUBG, COD, and Clash Royale because people nowadays are taking it as a culture to play these games and have also become old, and we are talking about new games. So, here’s our pick for “5 Best Free New Games to Play in 2020 for Android”.

Mario, this name has a legendary history when it comes to games. ‘Mario’ games are one of the famous games and are known by people around the globe. Nintendo just launched Mario Kart Tour game for Android which is a portrait-based one-hand playing game. This means you won’t have to turn it like the way you do while playing PUBG or COD. Mario Kart tour is an amazing game and has really good graphics. The controls of Mario Kart Tour may seem to be hard at first but it will feel easier as you to get used to it.

This casual race game has really fun gameplay and various power pups that you can use while playing and add more fun into it. The game has racecourses map inspired by real-world cities along with classic Mario Kart courses and these destinations will be featured in tours that rotate every two weeks or so. The overall game is really fun to play and is a perfect game to pass your lazy time. This game does not require high specs which means you can even play it smoothly in mid-range phones. Mario Kart Tour is a must-play game and is on top of our list of free new games.

There are a lot of Ninja fighting games in the Play Store but this game “Ninja Warrior” is the one that takes the cake. Ninja Warrior is a perfectly balanced game that delivers fun and entertainment. Ninja Warrior is neither hard or simple to play and the visual graphics are really simple yet good. The game is all about saving hostages that are kept by enemies, break into the enemy’s territory and assassinate all the encountered enemies.

The controls of the games are really simple and you get a lot of skill moves like deadly slashes, hidden paddles and lightning-fast darts which you can upgrade over time as you progress in the game, but the most interesting thing in the game is its sound effects and music. You can also collect diamonds and gold from the enemy to increase your combat power and kill enemies more easily. The whole game is based in shadow fight and night time which means it will always be night time in-game. The overall game is really fun to play and deserves a tryout.

Typoman Mobile is a unique game that has a superhero and a puzzle too. The Typoman superhero of the game is made of letters and has the ability to crafts words that change and impact the environment around it in the game.  If the words are crafted correctly than you can carry on with the game but if you choose and craft the wrong word then you are cursed. Typoman mobile is a simple yet fun game where the hero has to go through a dark and hostile word crafting different words and letters. The visual graphics of the Typoman Mobile are really good and the sound effects add more fun and thrill to the game because they are unique and insanely good. The controls are really simple and the overall game is really fun to play.

Drive is really a simple, fun and interesting driving game to play. You will have to drive through rough terrains, collect all the coins found on street, collect and fill gas, get all the bars up, run from police cars and the first and foremost thing to do is to not crash the car. The graphics of the game are really good and on top of that, the commentary enlivens the gaming experience. The controls are really simple but the car is tough to control and the upgrades of the car are available which you can upgrade over time and make the controlling cars easy. The overall game is really addictive and fun to play.

PUBG and COD are the top shooting games with FPS mode, hands down. But Bitter End is also an FPS shooter game that comes with really nice graphics and good controls. Just like PUBG, Bitter End also features a Team Death Match mode “TDM” in which you can fight with an enemy team. The game has a cartoonish look but this what adds little more fun and color to the game. The maps are really well made, implemented and are very detailed. Every different character in the game has a special weapon with special upgrades which feels really cool. The overall experience that the game provides is really smooth and is really fun to play but this game is available in early access.

Which game should I play?

All these games are really enjoyable and fun to play but the choice and taste of games also matter in delivering and having fun with the game. You can choose a category you like and install the game according to it. All games listed above can be played smoothly even in a mid-range phone which has mid-range specs, 2GB RAM is enough and a midrange chipset can handle these games in a good way. So, you won’t have to worry about your phone at all to play these new free games.

Note: This post “5 Best Free New Games to Play in 2020 for Android” has been listed according to our testing and experience with these games only. 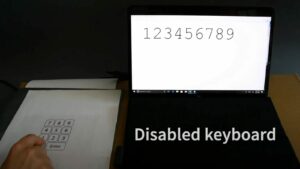