Prabidhi Info › Gadgets › Huawei files a patent, phone with slide-out display may soon be a reality 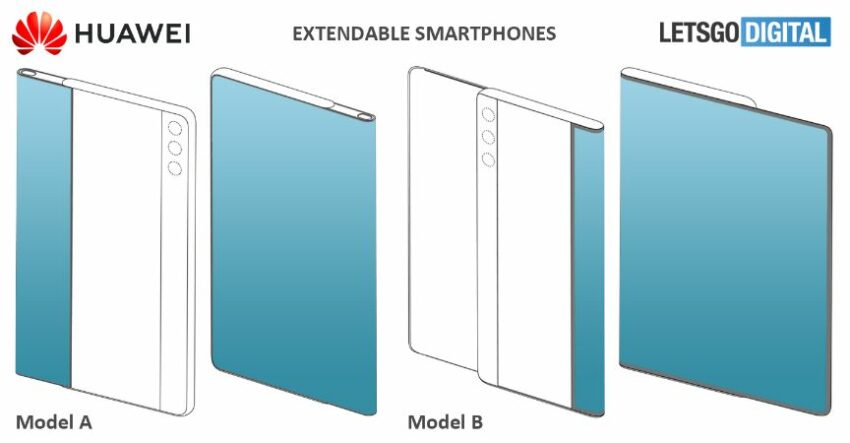 Devices with larger displays are awesome for media consumption or to work on. But it also has a problem! Devices with a larger display, are difficult to carry with you. You either have to carry it in your hand or in a bag. Due to this, foldable phones even before its invention, when it was just an idea, were very popular. After the first true workable foldable phone came out, it has become even more popular. Its true, foldable phones have many problems, but changing ideas into reality is a big step forward. Another idea related to foldable phones, which is yet to be changed into reality, is the phone with a slide-out display.

Till now, we have seen several of the manufacturers’ file patents for a phone with the slide-out display. TCL even had a prototype in which a normal-sized phone rolls out the display and converts to a tablet. And, now it seems Huawei is also trying to push this idea into a reality. 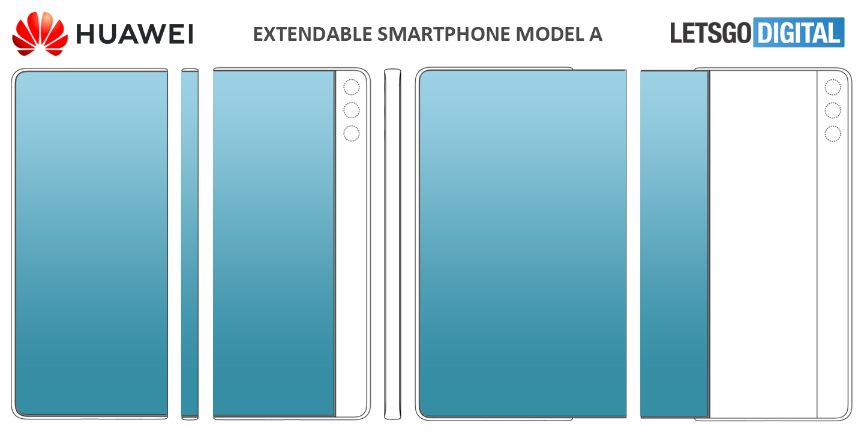 According to a new report by Lets Go Digital, Huawei filed a patent for two phones with a rollable or sliding display. The patent was filed with the CNIPA (China National Intellectual Property Administration) and can be seen in the database of the Global Design Database of the WIPO (World Intellectual Property Organization). The patent shows two smartphones very similar in design to the Mate XS but has a slide-out display instead of a foldable one.

As for Model B, only screen of the phone rolls out and seems to be unattached to the body. This means Model A would be more durable than the model B. But Model B would have more internal space than the model A allowing the company to place a bigger size battery.

It is very important to note that, this patent is not definitive proof that Huawei will build and deliver the smartphone. Companies file many patients yearly and some of which never see the daylight. So this news should be taken with a grain of salt and hope that Huawei does deliver this smartphone.