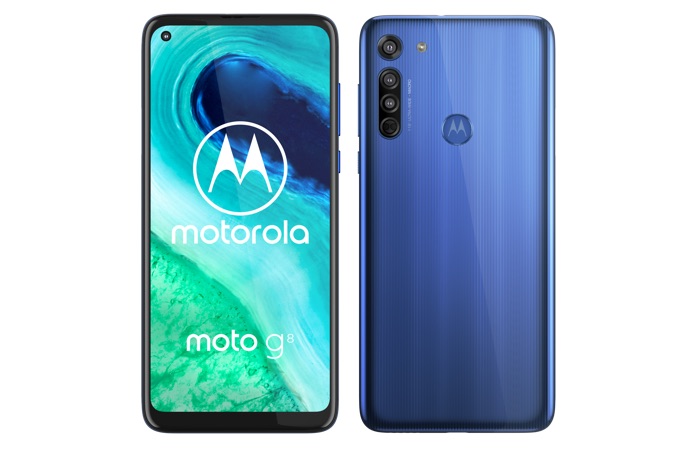 Motorola Moto G8 houses 6.4-inch IPS LCD display with 720 x 1560 pixels. The display has a slight chin on the bottom and a punch hole that confines the selfie camera. Both the volume rockers and the power button are placed on the right edge of the device while the fingerprint scanner is mounted on the back. A good news for headphone jack lovers as Moto G8 has one on the top.

On the camera department, Moto G8 flaunts a total of 4 camera lenses. For a selfie camera, we have an 8 MP, f/2.0 HDR lens that is confined by the punch hole on the display. With the selfie lens, you can shoot videos 1080p@30fps.

Motorola Moto G8 is powered by Snapdragon 665 (11nm) alongside Adreno 610. It runs on Android 10.0. For the storage, we have a 4/64 GB variant available. The internal storage is expandable using microSDXC. Massive 4000mAh battery fuels Moto G8 that will support 10-Watt battery charging. For the charging port, we standard USB Type-C. White Prism and Capri Blue are the available color variants.

Overall Motorola Moto G8 packs everything a mid-ranger could ask for. This device has received both positive and negative feedback from Motorola users. The current price of Motorola G8 in Spain is 1,299 Reals (as of now it is available in Spain only).  So far we have not received any confirmation from the officials on the price and availability in Nepal. But we expect it to hit the Nepali market very soon. The price of Motorola Moto G8 in Nepal is Rs 30,000 (Expected). If you are planning to buy a smartphone under Rs 30,000 and search of more better options then please read, Best Smartphones under Rs. 30,000 in Nepal. 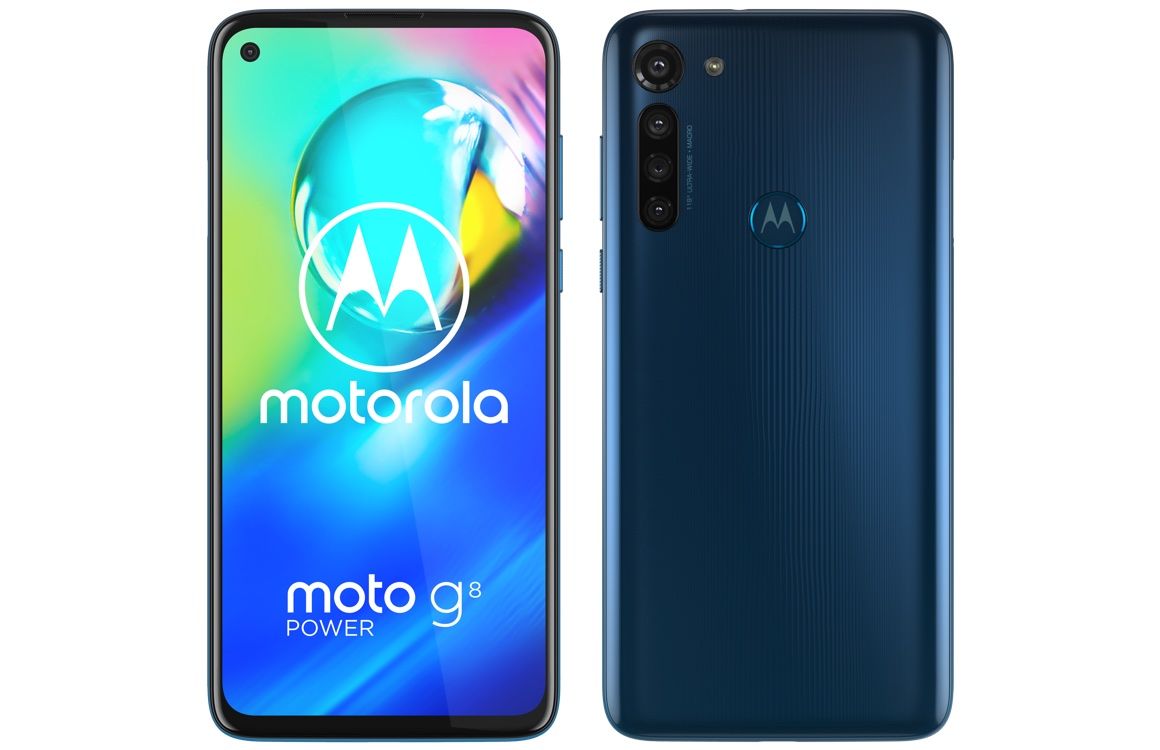 Motorola Moto G8 Power is houses 6.4-inch IPS LCD display with 1080 x 2300 pixels. Similar to Moto G8, Moto G8 Power also has a visible chin on the bottom and a hole punch on the top. The volume rockers and the power button are placed on the right edge and while the fingerprint scanner is mounted on the back of the device. It has plastic back confined by the aluminum frame. As per Motorola, Moto G8 Power is splash resistant.

Moto G8 Power rock a single selfie camera of 16 MP that is confined by the hole punch on the display. With this selfie lens, you will be able to record HDR videos of 1080p@30fps. For the rear camera, there’s a quad-camera setup. The quad-camera setup consists of 16 MP (wide lens) + 8 MP (telephoto) + 8 MP (ultrawide) + 2 MP (dedicated macro camera). With these quad lenses, you can record videos 2160p@30fps, 1080p@30/60fps, 1080p@30fps (gyro-EIS). The quad-camera setup has a similar alignment to Moto G8. The lenses are aligned vertically on the top-left corner.

Powering the Motorola Moto G8 Power Snapdragon 665 (11nm) is coupled with 4 GB of RAM. For the GPU we have Adreno 610. It runs on Android 10.0. The internal storage may concern you as Moto G8 has only 64 GB. However, it is expandable using microSDXC card. The battery on the Moto G8 is monstrous. It is fueled by a 5000mAh battery. It also supports 18-Watt fast charging. The standard USB Type-C is the charging port. Features like accelerometer, gyro, proximity and many more are available on Moto G8 Power. Smoke Black and Capri Blue are the available color variants.

Motorola Moto G8 Power has some notable features. But this device fails to grab the attention of the people. The internal specs may not be appealing to the users. The current price of Moto G8 Power is £219. So far there’s no confirmation from the officials on the availability of this device in Nepal. But it is expected to hit the Nepali market sooner or later. The price of Motorola Moto G8 Power in Nepal is Rs 35,000 (Expected). If you are planning to buy a smartphone under Rs 40,000 then please read, Best Smartphones under Rs. 40,000 in Nepal. We have sorted out the list with a top smartphone for your price. Stick with us as we will keep you updated regarding the price and availability of these mid-rangers from Motorola.