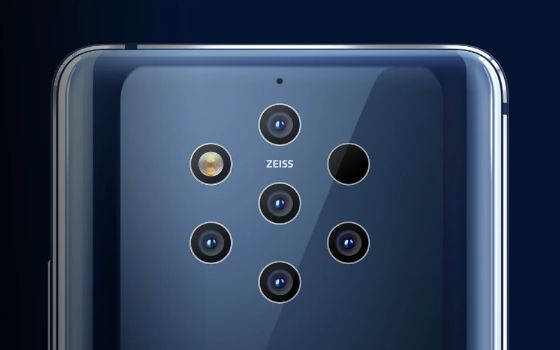 Nokia, back in the day, was the most popular brand when it came to phones. But due to a shift in the taste of customers and Nokia not following the trend, lead to the downfall of the company. They say, what does not kill you only makes you stronger and Nokia, slowly but steadily is getting stronger. Nokia was known for its innovation in the past and that DNA still exists in the new Nokia.

Nokia 9.3 PureView, the upcoming flagship phone from the company, has become the epicenter of the latest innovation. What innovation, you ask? The big innovation that we are talking about is the in-display selfie camera.  The device sporting this bleeding-edge technology is rumored to be launched sometime in Q3 of 2020. There has been a lot of leaks regarding the device lately and we are here to cover them all.

Another noteworthy feature of the upcoming flagship phone from Nokia is the Penta-camera setup in its back. The latest leaks of the phone suggest that the Nokia 9.3 PureView will sport a 108MP sensor. It won’t be a primary camera though. The title of the primary sensor goes to a 64MP sensor. 108MP sensor would be a secondary wide-angle camera. This high MP sensor as a secondary camera would be one of the first to be seen in the smartphone market with many similarly specced devices.

Hardware, Software, and Others

As per the latest information, the device is set to be released on Q3 of 2020 and as for the pricing, it may be priced at around $799 for the 6GB variant. Converting it to Nepali rupees it is approximately equivalent to 97,400. But wen launched in Nepal, we expect the Nokia 9.3 PureView to be priced at around NPR. 1,08,500.