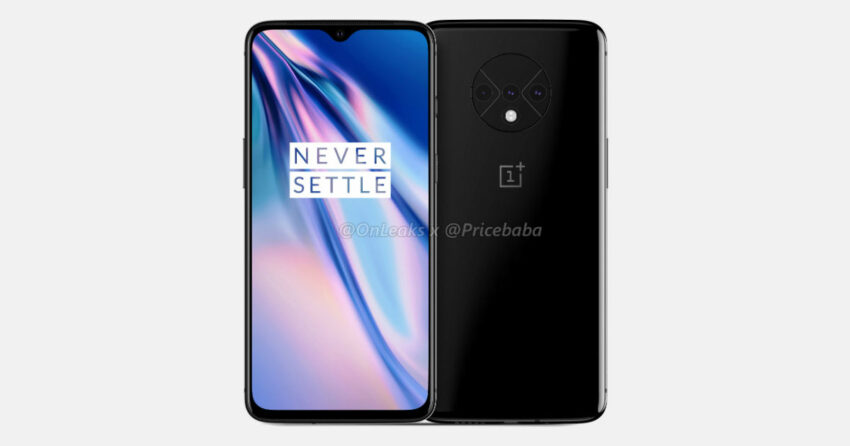 September is the month when the top smartphone companies show off their yearly flagships. And, we know besides iPhone 11 and Huawei Mate 30 Pro September launch, there is another company which is launching their flagship on Sep 26 in India, and that’s OnePlus 7T and 7T Pro.

We have been seeing the renders and leaked real-life images of OnePlus 7T and 7T Pro every now and then. But this time, tipster Ishan Agarwal tweeted full spec-sheet of upcoming OnePlus 7T series with render images displaying clear position of cameras, display type and all.

According to a tweet by him, he mentions the OnePlus 7T and 7T Pro will go official on 26 Sep in Delhi. The OnePlus 7T will have 6.55-inch Quad-HD Super AMOLED display with a dewdrop notch on the top to house a 16MP selfie shooter. Also, the display will of 90Hz refresh rate promising smooth scrolls and in-display fingerprint scanner, which we have seen on OnePlus 7 Pro too.

The tweet also leaks, the OnePlus 7T will be powered by the latest Qualcomm Snapdragon 855+ chipset and paired with 8GB of RAM. However, there will be two storage variants for the phone, one with 128GB of storage and other with 256GB of storage. One of the most bizarre designs we see in the leaked image is the circular rear camera design with triple cameras in horizontal alignment and a LED flash below the middle camera sensor. The triple cameras being a combination of a 48MP primary sensor, assisted by a 16MP sensor and a 12MP sensor. The cameras are rumored to take 960 frames-per-second slo-mo videos and feature camera modes such as Wide Angle Video and Nightscape.

On the battery part, the 7T is expected to pack a 3800mAh battery, coming in two color options; Frosted Silver and Haze Blue. The leaks claim, there is no coming back of dead 3.5mm headphone jack in this 7T series either. However, these are speculations, leaks, and claims, which might or might not be true. But that would be a topic to talk on once we have an official announcement.