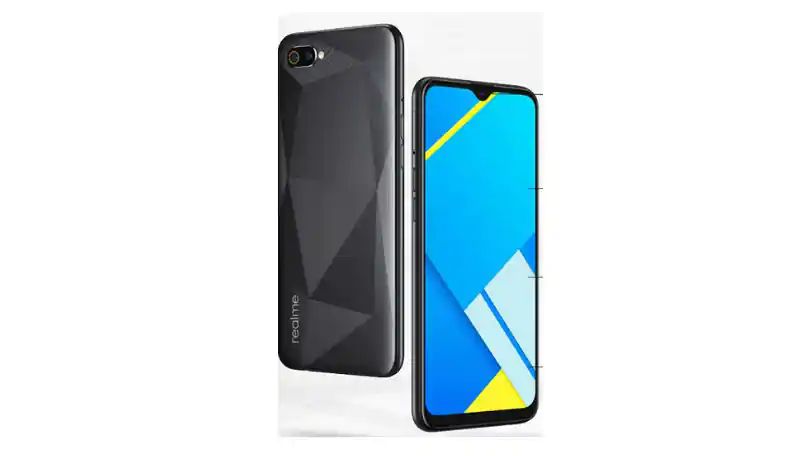 In 2019, Realme launched smartphones in budget and mid-range segments like X50 5G, 5i, X2, 5, and X2 Pro. The company even launched its budget Buds Air to enter the wearables department to compete with the likes of Xiaomi and Huawei. 2020 has just started and the company has already launched Realme C2s in January which is an entry-level budget smartphone and is basically the same as Realme C2 with little tweaks. It is currently priced at 12,90 Bhat in Thailand and the expected price in India is INR 4000, so we can expect Realme C2s price in Nepal to be around Rs. 9000 or so.

Realme C2s comes with a 6.1-inches IPS LCD display with a resolution of 720x1569p. This display houses a water-drop notch where the front camera of the device rests and also this display is protected with a glass layer. Around this display, there are pretty thin bezels at the sides of this display but also has a thick bezel at the bottom.

Coming to the design, the rear panel of the phone is built with plastic and so is the frame. A power button is placed at the right edge and volume rockers are fitted at the right. A micro USB 2.0 port for connector and 3.5mm headphone jack port is also fitted for connectivity. The dual-camera setup at the back can also be seen aligned horizontally supported by an LED flash at the top right corner of the phone. At the bottom left, the company logo is also placed vertically.

The cameras aren’t the highlights here just like every normal here, but the camera setup that C2s offers for the price is really satisfying. It has a dual rear camera setup; 13MP and 2MP supported by an LED flash. This setup can record videos in 1080p at 30fps. 5MP camera sensor is housed at water-drop notch as a selfie shooter which is also able to record videos in 1080p at 30fps.

To deliver performance, C2s are packed with Mediatek Helio P22 chipset, 2.0GHz Octa-core processor, PowerVR GE8320 GPU and 3 GB of RAM which all run on Android 9.0 Pie skinned with ColorOS 6.1. Getting all these specs at the budget price is really wowing. The phone also offers 32GB of internal storage with support to expand up to 256GB via microSD card.

C2s is packed with a Li-Po 4000mAh battery which can be renowned as giant for the budget price tag it has. C2s come with only 3 common sensors found in the smartphone; Accelerometer, Proximity, and Compass in addition to 3.5mm headphone jack, MicroUSB 2.0, USB On-The-Go, Active noise cancellation with dedicated mic. As for storage variants, it only comes in 1 storage variant which is 3GB/32GB.

Realme C2s is currently only available in Thailand only but later on, we hope it will find its way to India and then Nepal. The market of Realme is very good in India and Nepal and their budget segment phones ad mid-range phones are widely sold in India and Nepal, so yeah C2s has chances of visiting Nepal sooner or later.

It is currently priced at 12,90 Bhat in Thailand and the expected price in India is INR 4000, so we can expect Realme C2s price in Nepal to be around Rs. 9000 or so. It is only offered in the Diamond Black color variant.

Next up in line: