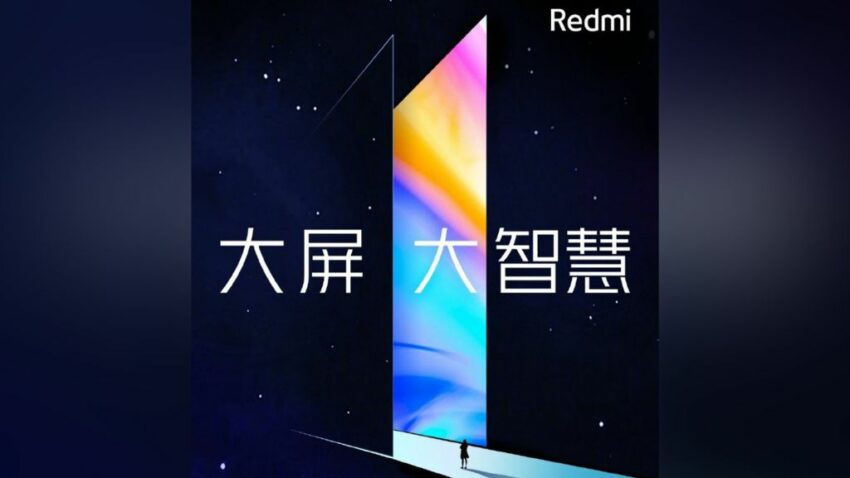 UPDATE: The Redmi Note 8 Pro has been officially launched along with Redmi TV and RedmiBook in China. Check the posts below to get an update about them.

Redmi, a sub-brand of Xiaomi, primarily focuses on bringing the latest technology at an affordable price. And this strategy has worked so far so good for Redmi. Xiaomi is all planned to expand its horizon for Redmi and sets to bring affordable smart TV, namely Redmi TV.

Xiaomi already has a TV line-up to Mi series, but recently Xiaomi CEO Lei Jun, via Weibo, hinted there is a 70-inch Redmi TV coming up on August 29.

On the same post on Weibo, a user commented asking if there would be Redmi Note 8 launch on the same day, and to which Jun responded with a thumbs-up emoji. This might not be an official confirmation yet, but this sure hints the Redmi Note 8 is already in work for the launch soon.

Though the specs for the Redmi TV hasn’t been revealed except the fact that it has a 70-inch display, 4K resolution and could be powered by PatchWall OS. However, there are some speculations regarding the Redmi Note 8. The smartphone is supposed to have improved and advanced cameras, probably 64MP sensor, larger screen-to-body ratio, huge battery, and could come with MediaTek Helio G90T chipset inside. Besides, the Redmi Note 8 is expected to launch with the other two smartphones— Redmi 8 and Redmi 8A.

Well, the date isn’t that far. We will soon find out what else get unveils on August 29th.