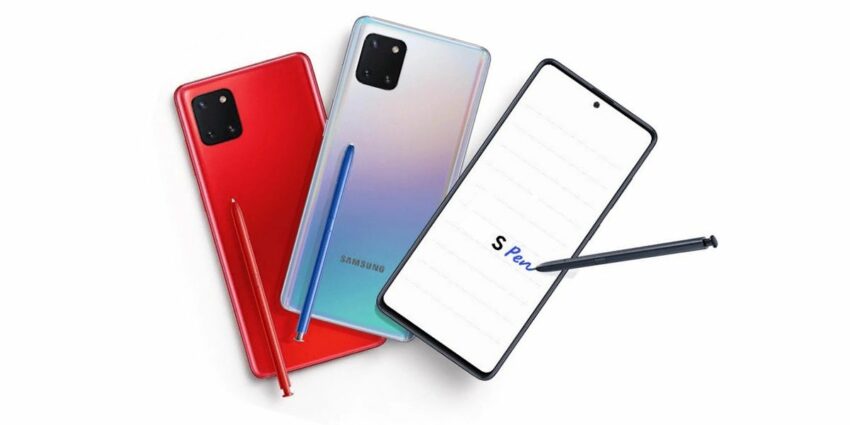 Samsung Galaxy Note series is one of the best phone series from Samsung. These phones from Note series are very popular because the power and features that it provides exceeds even Galaxy S series. Samsung Galaxy Note 10 and Note 10+ both were launched in August 2019. These phones made a lot of buzz and Samsung fans were really fond of this device, but even though their sales were good there were other Samsung followers who couldn’t buy them because of its premium flagship price. To make Note 10 series more accessible and affordable to its loyal consumers and followers, Samsung is set to launch a toned-down version of Note 10 which company calls, Note 10 Lite or Note 10 Neo. Note 10 Lite is expected to be launched in January 2020. Let’s talk about the Samsung Galaxy Note 10 Lite leaks and rumors that we know.

Samsung Galaxy Note 10 Lite is expected to carry the same design as the Samsung A51 and A71 at the front. The bezels and the punch-hole located at the top middle in the display feels similar to A51 and A71.  The display that is rumored to be sported in the Galaxy Note 10 lite is 6.7-inches Super AMOLED with a resolution of 1080x2400p which is also housed under-display fingerprint sensor and an Always-on display feature.

Volume rockers and a Power button could be placed at the right edge whereas a Type-C connector and a speaker grille at the bottom edge and a company logo at the rear bottom middle of the phone. Samsung will surely fit a 3.5mm traditional jack but in which edge, that’s still a mystery though.

It may come with Exynos 9810 chipset, Octa-core processor, Mali-G72 MP18 GPU, 8GB of RAM and Android 10.0 straight out of the box skinned with Samsung’s own freshly updated OneUI 2.0. It will surely come with a Stylus which is the identity of Note series phones.

It is rumored to also support Samsung DeX feature which is only supported in Samsung’s flagship ad higher mid-range phones. Only one storage variant is leaked till now which is 8GB/128GB which would support storage expansion up to 512GB via microSD card. The number of storage variants will surely be increased in the near future.

One of the main highlights of this phone is its rumored triple rear camera setup. It comes with triple rear setup;12MP, f/1.7 main sensor, 12MP, f/2.4 telephoto lens, and another 12MP, f/2.2 ultra-wide lens supported by an LED flash all fitted into a rectangle like module at the top left corner of the phone. This setup could record videos in 4K at 30/60fps and in 1080p at 30/60fps.

As for the Front camera department, it could feature a 32MP, f/2.0 sensor which would record videos in 1080p at 30fps.

Samsung Galaxy Note 10 Lite is also rumored to pack a mammoth Li-Po 4500mAh battery with support to 25W fast charging. It is rumored to come in 4 color variants; Black, White, Blue, Red. The number of color options may be increased by the company. These are just leaks and rumors that we know, we will have to wait to know about the officially confirmed specs and features. Let’s hope it gets announced and launched as planned by the company in the month of January 2020.