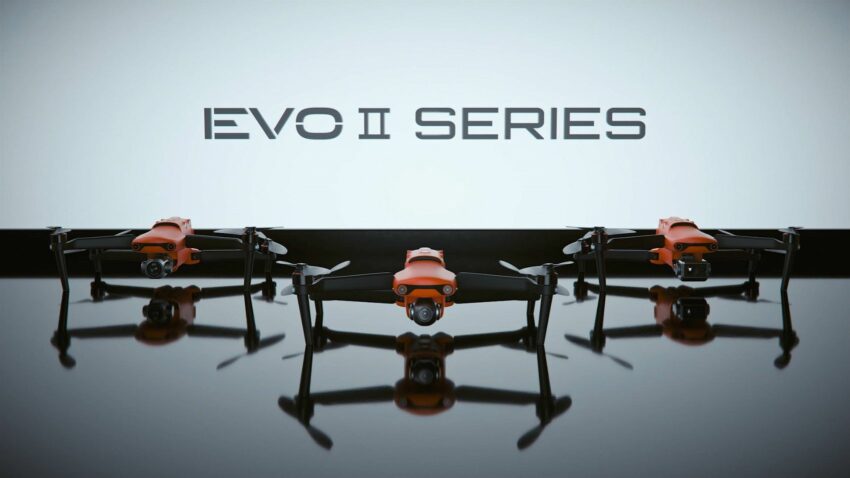 This is the era of Drones in which they are dominating the world. Drones have picked up fame that no other gadgets have. The reason may be because it can be used as a toy for children to complete important tasks for professionals such as making films or anything else. Even Flash Forest is using drones to plant trees, it’s that useful. DJI’s latest drone Mavic Mini created quite a buzz but Evo II series drones which were unveiled at the CES 2020 by Autel are here to complete with them and are set to claim the throne as King of Drones. You may be wondering why it because it the world’s first and only drone which has 8K video recording ability. Autel Evo II Series Drones price in Nepal could be around Rs. 173,000 for EVO II and Rs. 207,000 for Evo II Pro, as for Evo II Dual the price hasn’t been revealed by the company yet.

Evo II Series Drones are currently the world’s most capable drone which is also foldable. You can just fold it arms which makes it portable ready and are also small in size. It has 4 arms that have dual copters in each. At the front, it has two Obstacle Avoidance sensors placed just as if those are eyes. At first glance, it seems quite alike Squirtle; A water-type Pokémon of Ash. Just below it, there is gimbal which houses a camera capable of 8K video recording with a resolution of 8000x6000p.

However, in Evo II Pro it only supports up to 6K and in Evo II Dual it has 8K along with Dual Thermal sensors for thermal imaging. 48MP still photos and recording HDR videos is also one of these drones’ capabilities.

All these different gimbals of Evo II, Evo II Pro, and Evo II Dual are interchangeable and the frame of all drones is the same which gives it a plus point. These drones can fly in 15m/s speed while in Standard Mode and in 20m/s speed while in Ludicrous Mode with a Flight time of 40mins and Hovering time of 35mins. This flight and hover power all come from 7100mAh rechargeable battery.

Want to hear something bananas about this drone, Evo II Series drone can be controlled and also can transmit Live videos from 9Km away. This means you will get a strong and reliable connection even in rough environments, harsh terrains, and thick forests.

To make these drones more capable, Autel has integrated 12 computer vision sensors which are controlled by a dual-core processor and AI machine learning that creates Omni-directional protection which helps to keep drone safe from crashing. These 12 computer vision sensors detect terrains, obstacles and other objects which can crash with drone from 30m away in 360 degree. These sensors and AI machine learning give the drone dynamic tracking system which lets you shoot really good footage of yourself while doing anything else on your own.

The controller that is used to control the Evo II drones are very alike its predecessor’s controller. There is display built-in with support to connectivity for your smartphone, tablet or even iPads. The bar to hold the smartphone can be stretched wide which enables it to hold even iPads and tablets.

We can see two antennas that help in controlling the drone and transmitting Live Videos from up to 9km away. There are two bars on each side to place our hands on and two handles at each side of the built-display to control drones’ movements and momentum. Below the built-display, there are four buttons which basically are On/Off button, Pause button, Live Video Transmission button and other a button to change from Standard Mode to Ludicrous Mode.

Evo II Series Drones basically comes in only one color variant which orange with black. Evo II is priced at USD. 1495, Evo II Pro at USD. 1795 and Evo II Dual’s price is yet to be set. Evo II series has been already unveiled but hasn’t been officially launched in the market for purchase yet, but will soon. Some other specifications haven’t yet been discoursed by the company but have promised to update about specification information overtime.

Autel Evo II Series Drones price in Nepal could be around Rs. 173,000 for EVO II and Rs. 207,000 for Evo II Pro. We hope it arrives in Nepal just like DJI drones and other drones. Seeing this drone flying in Nepalese sky and terrains will be such a pleasure.

Next Up In Line: