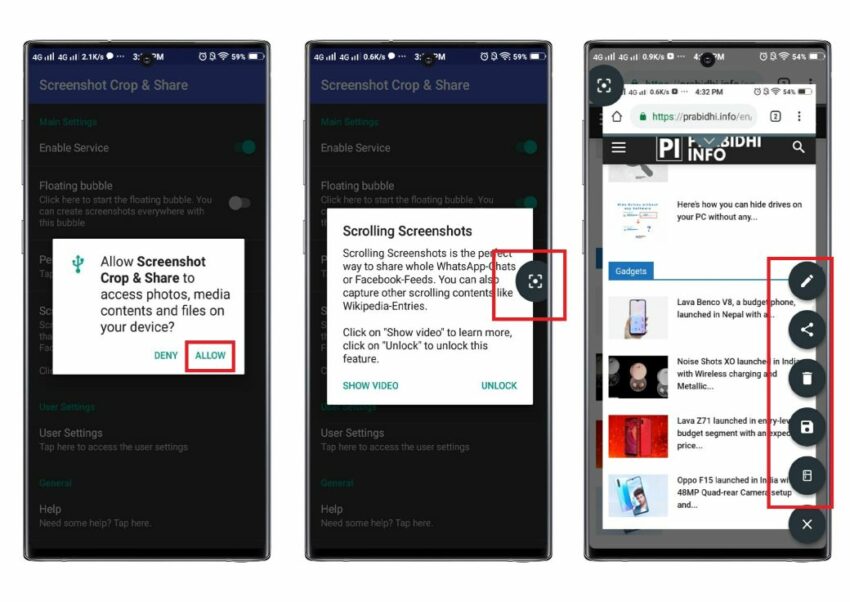 Some data researchers report, ‘30% of graphics (images) shared on the internet is a screenshot of something already shared’. (Ah-ha, we are not sure of that data researcher.) Whether it’s of chat messages, home screen, quotes, Instagram, or Facebook we all love taking screenshots and sharing them. When you take a screenshot from your device the whole display will be snapped but what if you want to screenshot only the particular selected portion of your device? Oh, you might suggest taking a screenshot, crop it later but that’s extra muscular work. How about taking a screenshot of a particular portion minus the hassle of cropping later?

Well, because we have listed some powerful apps that do exactly what we talked about. The best thing, you don’t even need to root your device. Just install any of these below-mentioned apps and you are good to go.

Screenshot Crop and Share is a powerful and multifunctional screenshot tool. Using this multifunctional tool you can take-edit-crop-draw-share screenshots, apply blur filter and many more. Some of the advanced features like taking scrolling screenshots is also included. This application has been installed from Play Store for more than 100,000. The current version is v2.11. It is available for Android (4.1 & up).

How to take a screenshot using Screenshot Crop and Share? 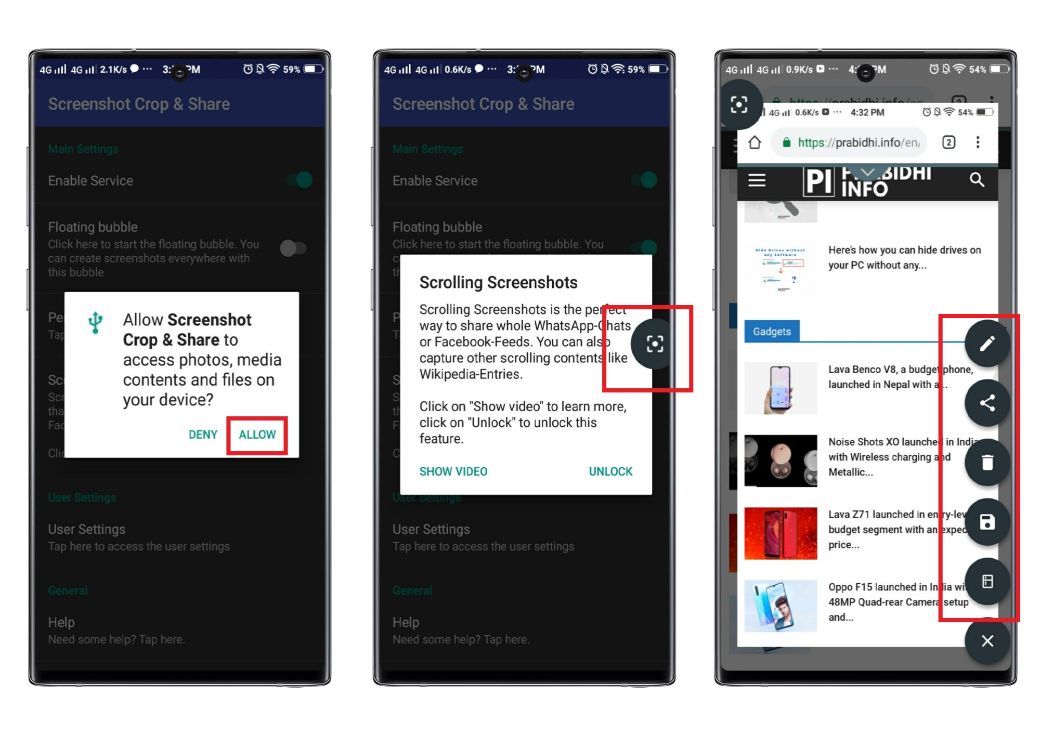 On the Photo Markup feature, you can crop, rotate, magnify, add blur filter, emoji to the screenshot. Using Photo Stitching you can stitch multiple photos into a long screenshot either horizontally or vertically.

How to take a screenshot using Screen Master? 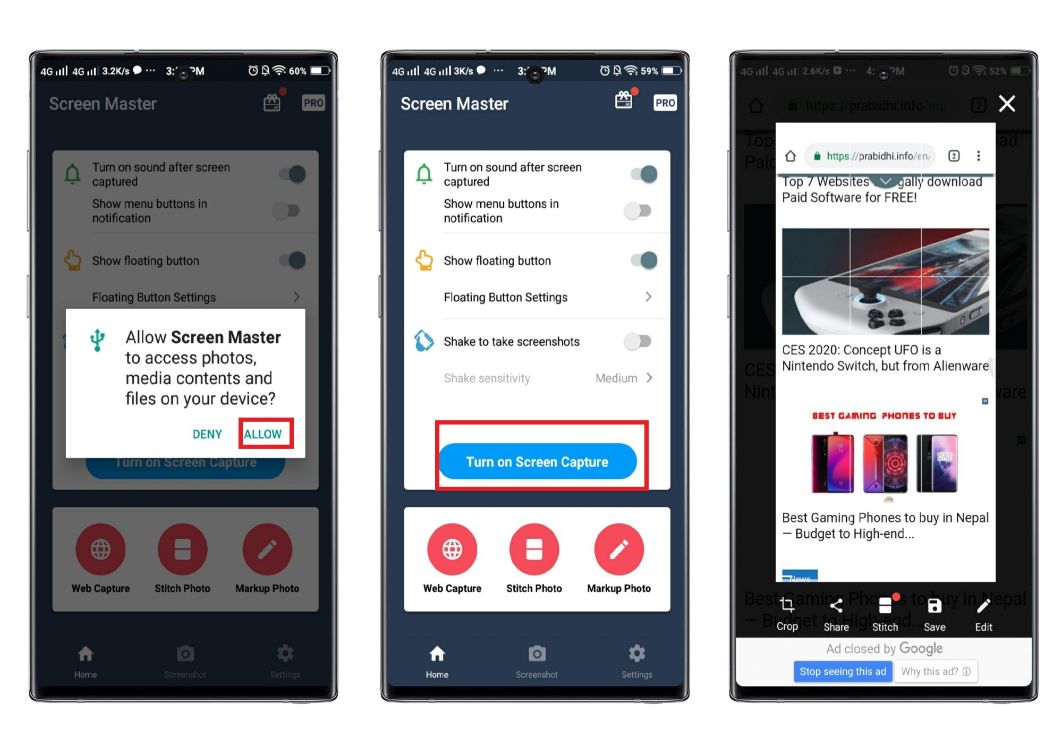 So far Screenshot Assistant has been installed from Play Store more than 100,000 times. The current version is v.10.9. It is available for Android.

How to take a screenshot using Screenshot Assistant? 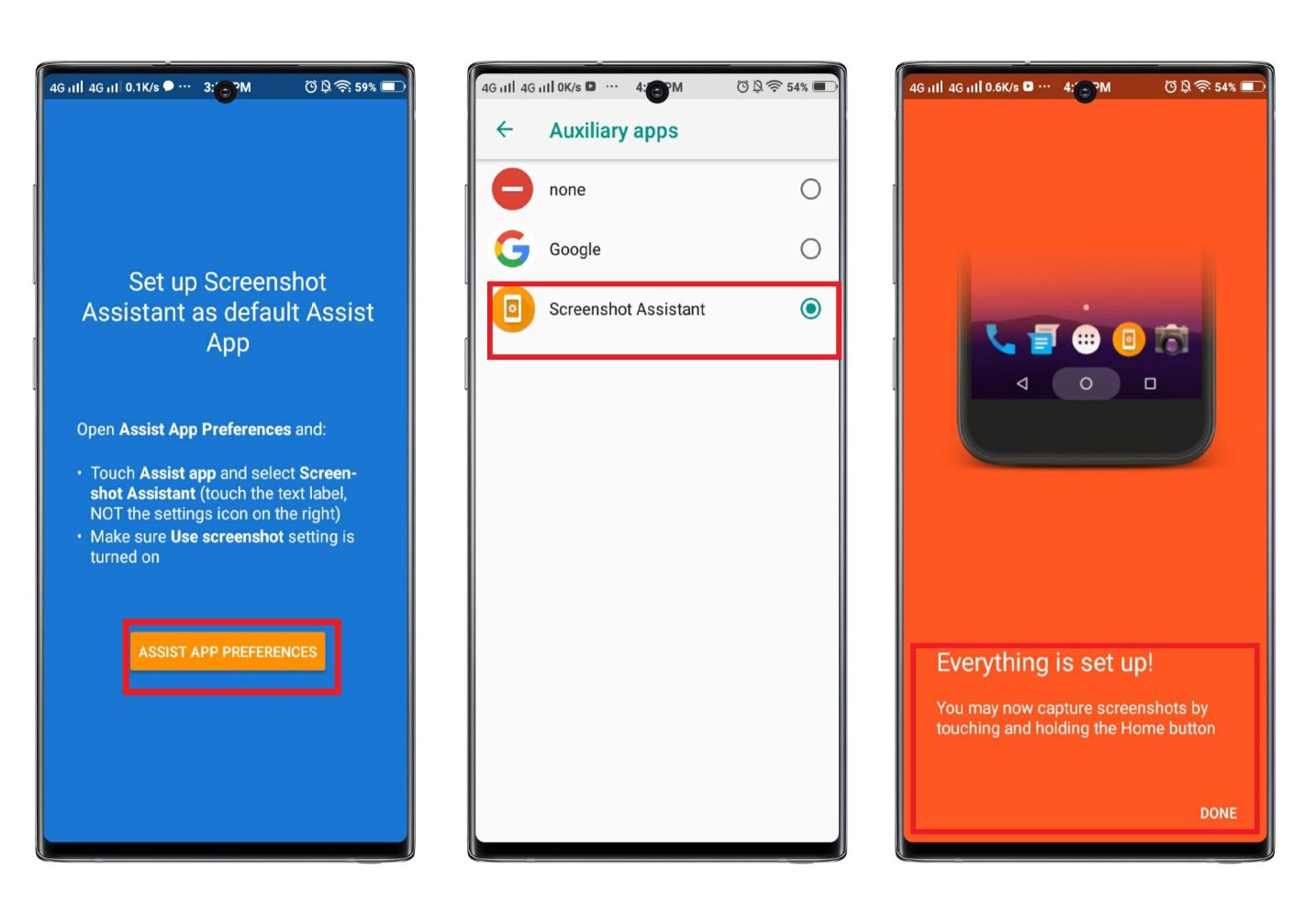