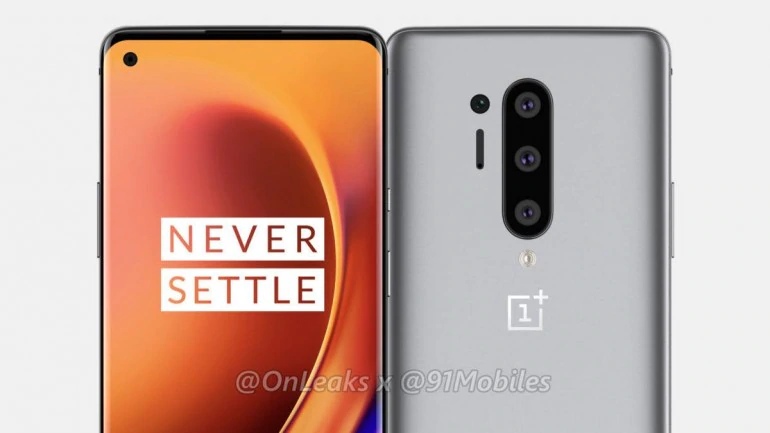 It hasn’t been long since the launch of OnePlus 7T Pro, the latest flagship offering from the OnePlus. But the company is already looking forward to launching two new phones which are expected to arrive on April 15. It’s only been 5 months since the release of OnePlus 7T then again OnePlus launches phones every six months. The launch of OnePlus 8 and OnePlus 8 Pro is just around the corner, but that has not stopped the flow of leaks regarding the devices. And according to the new development, detailed specs of those upcoming phone has recently surfaced.

the similarity of specs between devices doesn’t end here. Both the phones will sport a 16MP sensor as a selfie camera. As for the display, OnePlus 8 will sport a 6.55″ FHD+ 90Hz Super AMOLED display whereas Pro version of the phone will sport a 6.78″ QHD+ 120Hz Super AMOLED screen. New leak also confirms that both the device will have 30W of fast charging instead of 50W, previously rumored to come with Pro version of the phone. Even though we won’t be seeing the 50W charging in the phone, OnePlus is compensating it with a 30W wireless charging in the Pro model, as well as 3W reverse charging.

OnePlus is also rumored to launch a lite version of the phone this year. The phone is expected to be named OnePlus 8 Lite and will likely be launched sometime in July. It is speculated to be powered by a Mediatek processor to keep the price of the device low. It is also rumored to sport a punch-hole display and dual camera on the back.