Prabidhi Info › Tutorials › How-To › How to install the same app multiple times on any Android without root? 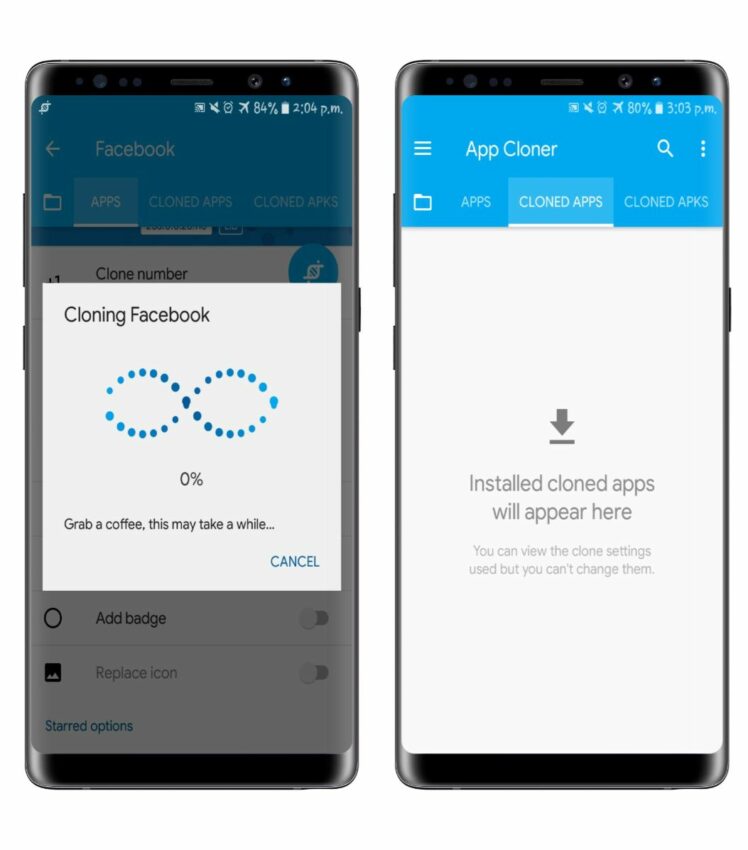 Using two accounts on the same device can be cost-effective. There are numerous methods to use multiple instances of the same app. Out of them, we have listed the best working apps. The best part, you don’t have to root your device for these apps to work, however, just make sure your device has enough space to store data of multiple accounts.

Parallel Space is one of the top-ranked app cloning tools on Android. Using Parallel Space you can clone and run the same app with multiple accounts. Moreover, you can use themes to highlight your own style. Parallel Space protects user privacy as the app does have an Incognito Installation feature to install a dual app for one-time use only. The app supports 24 languages.

How to clone an app using Parallel Space on Android Device? 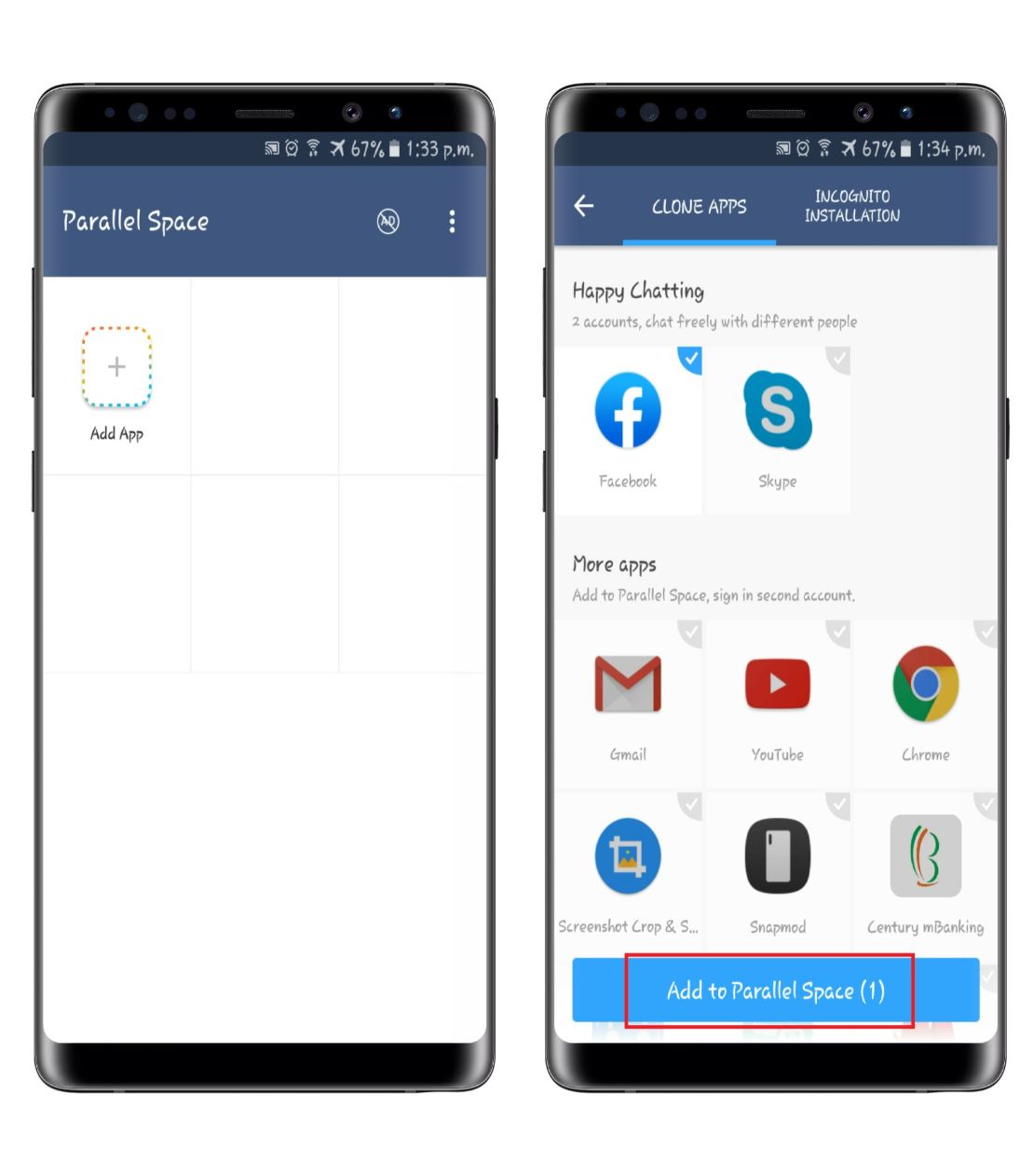 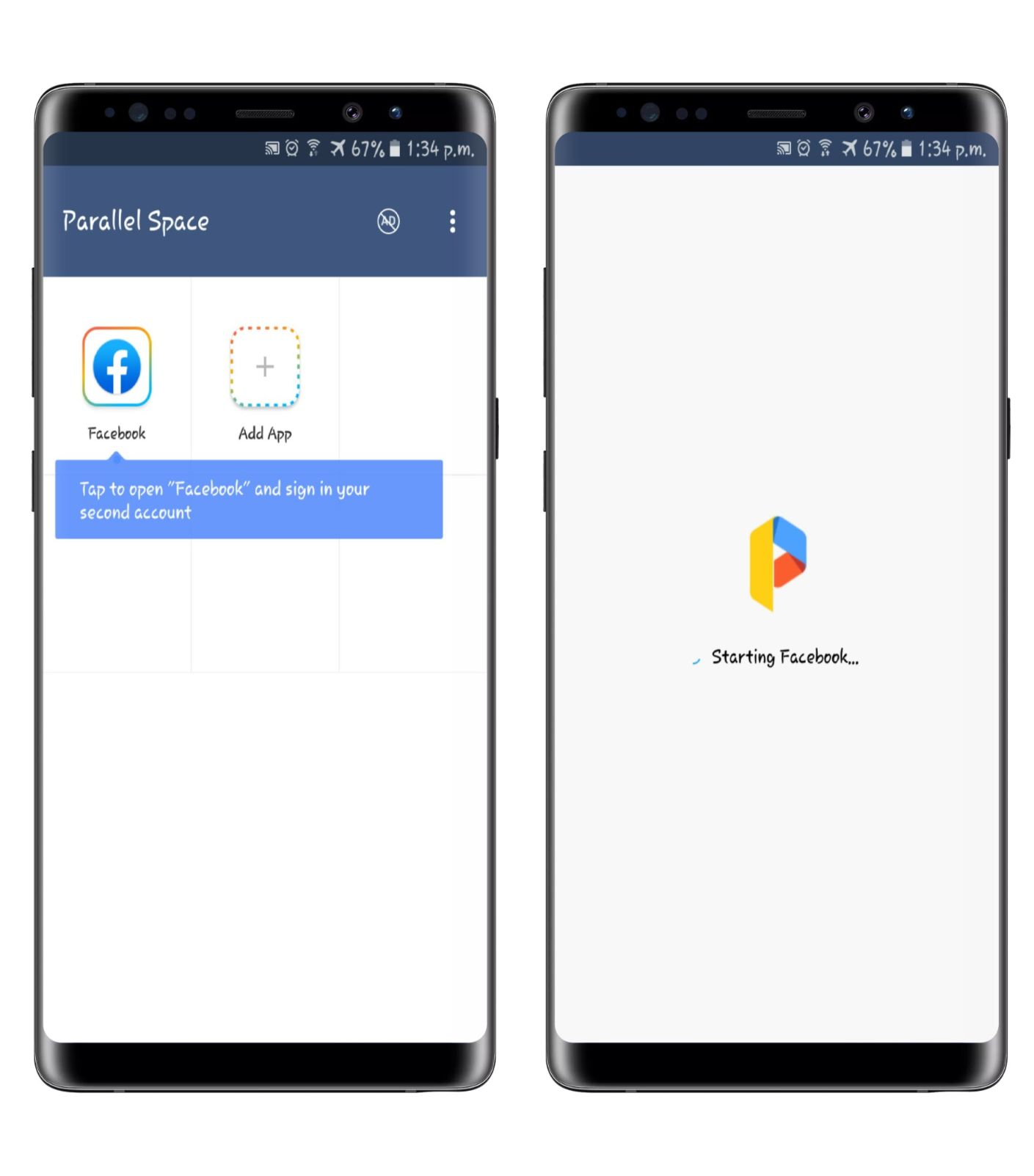 2Accounts a useful app cloning tool. It ensures that the two instances of the same runs in a parallel environment. The data of the two accounts will be stored separately. As the apps will be running on a different environment you will not miss a single notification from each account.

System Requirement: Android 4.0 and up

How to clone an app using 2Accounts on Android Device? 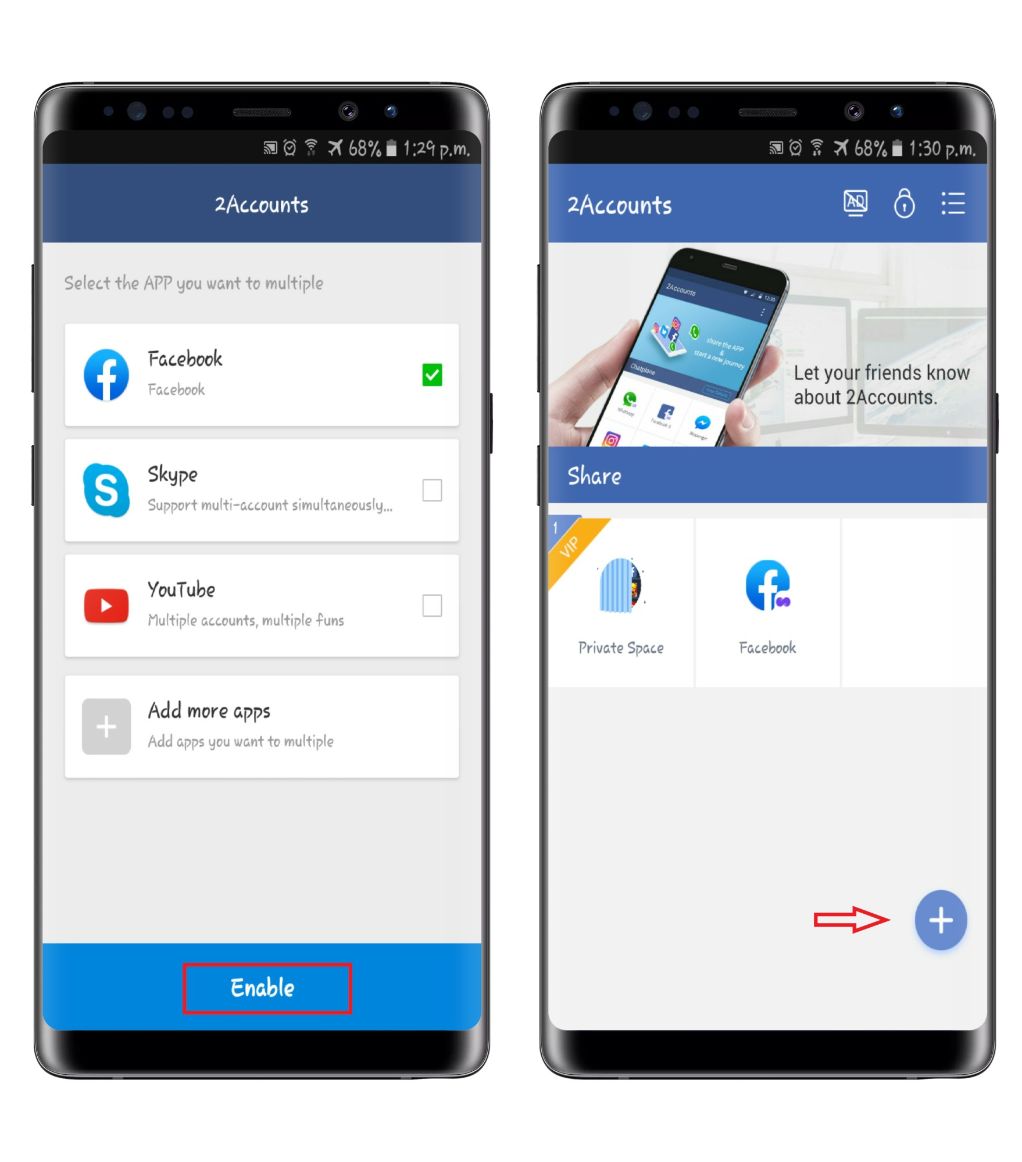 Multiple Account is another app cloning tool. Multiple Accounts support Android 10. It has a simple and clean interface. Cloning of most social media and instant messing are supported in Multiple Accounts. The message and the data of your different accounts will be stored in separate spaces.

System Requirements: Android 4.0 and up

How to clone an app using Multiple Account on Android Device? 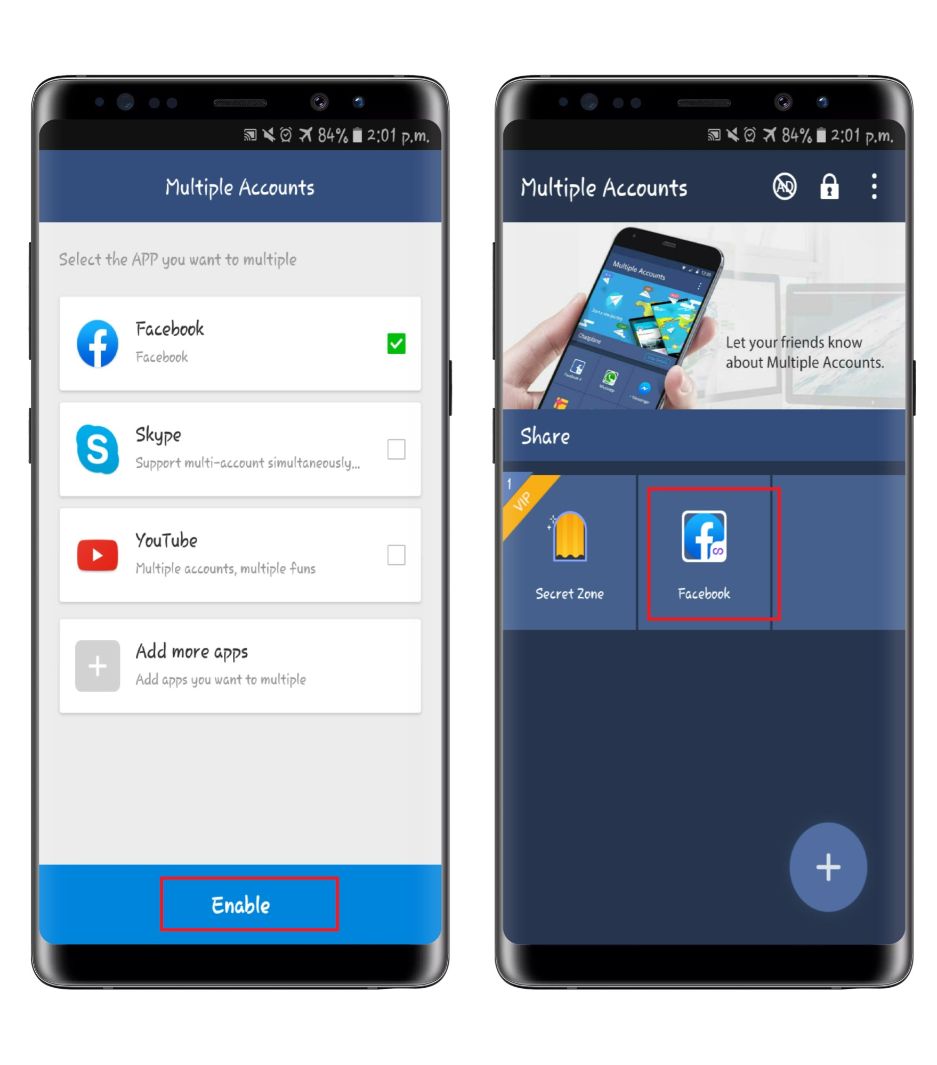 System Requirement for APK Editor Pro: Android 4.0 and up

How to clone an app using APK Editor Pro on Android Device? 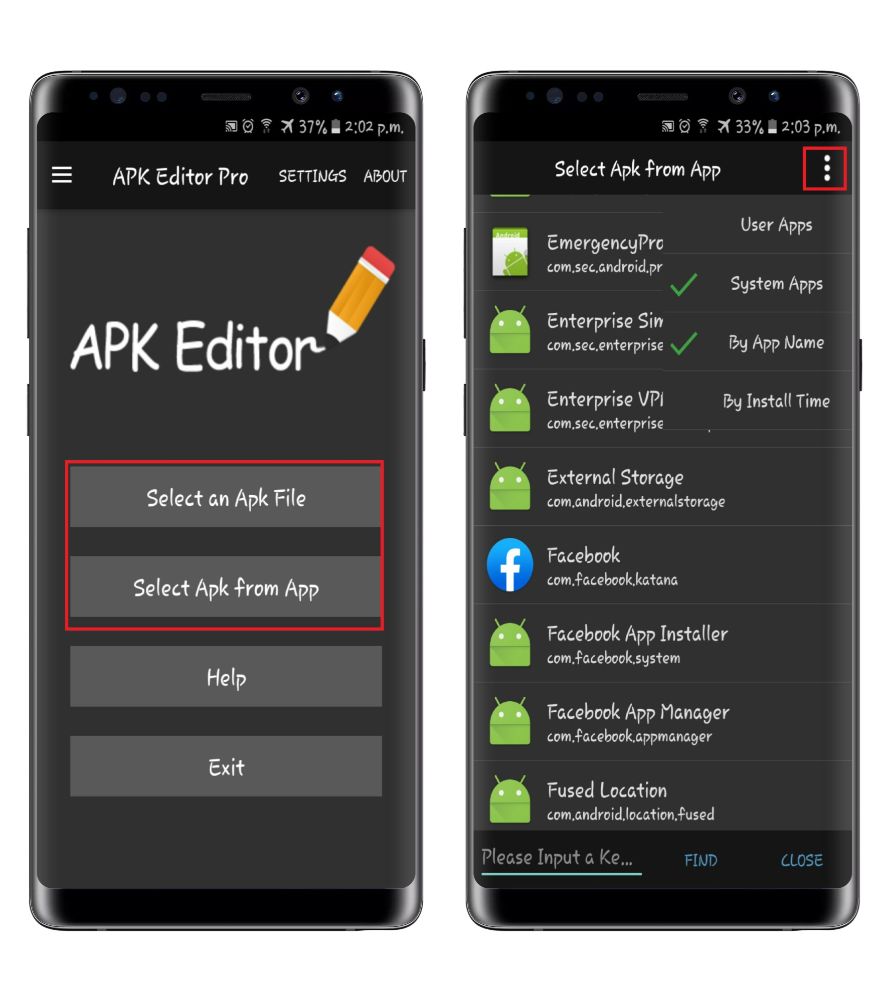 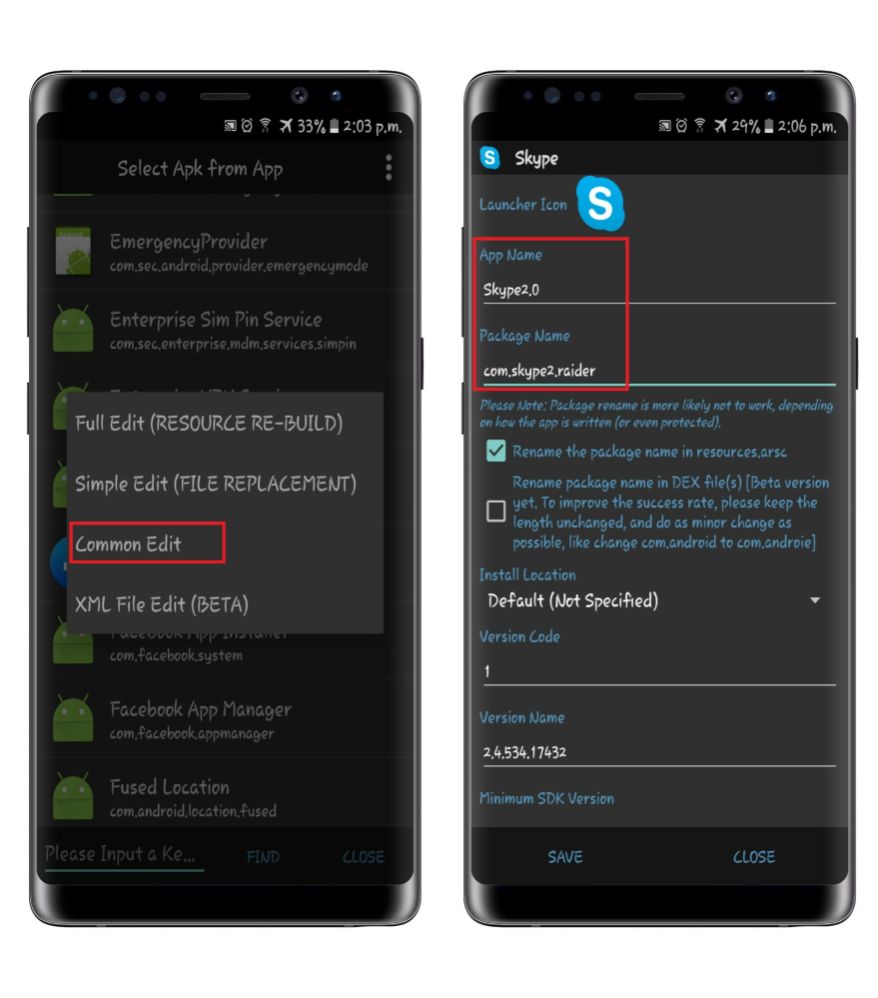 Lucky Patcher is the most commonly used app cloner. It’s a ‘modifier’ app that lets grants you unlimited access to apps and games. In simple terms, this app gives you ‘God Mode’ in using any app on your device. This will block all the ads and give you the best gaming experience. If you are into Android Gaming, using Lucky Patcher you can get free coins, gems, unlock levels, characters for free. You can also clone any app.

System Requirement: Android 2.0 and up

How to clone an app using Lucky Patcher on Android Device? 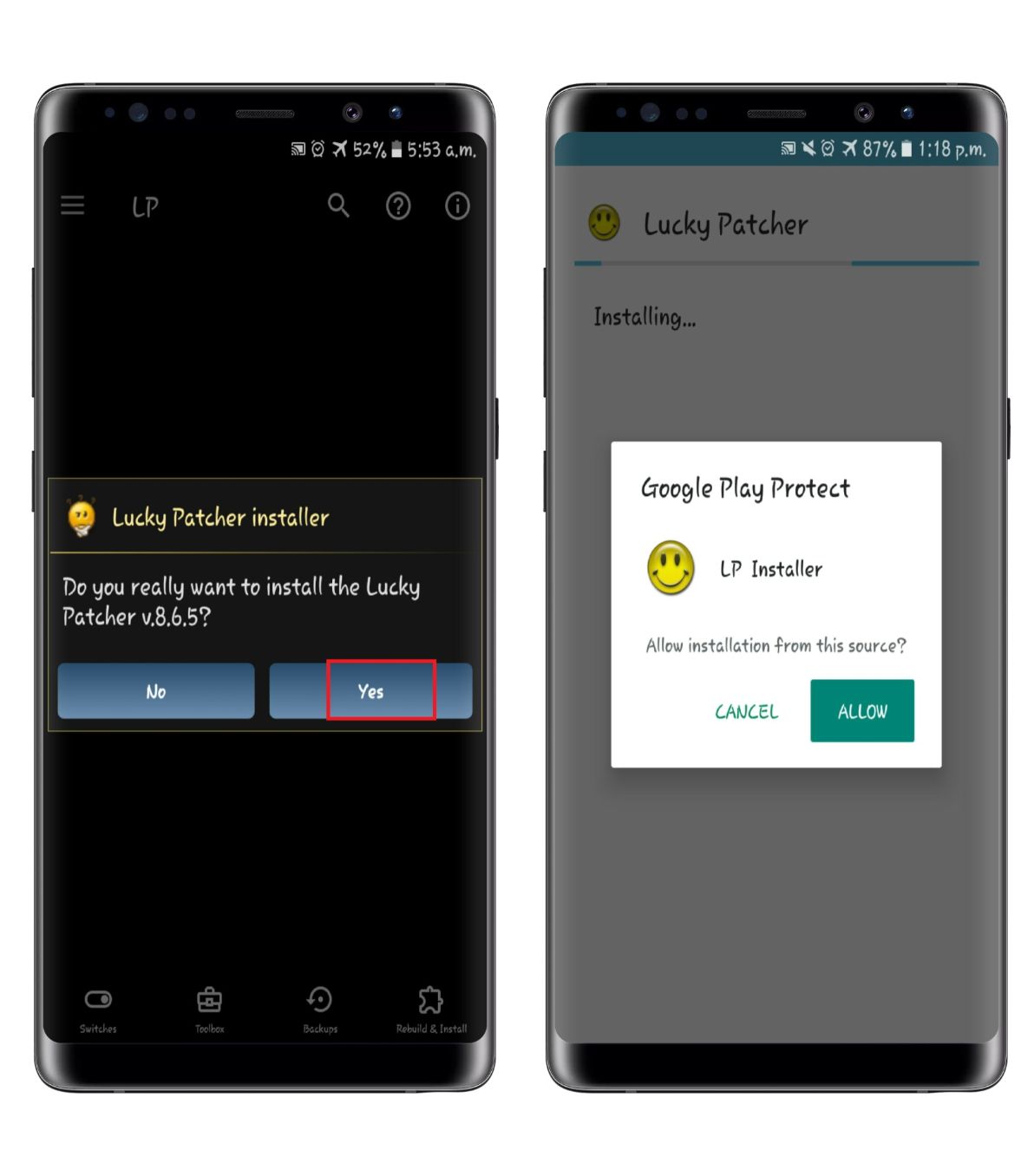 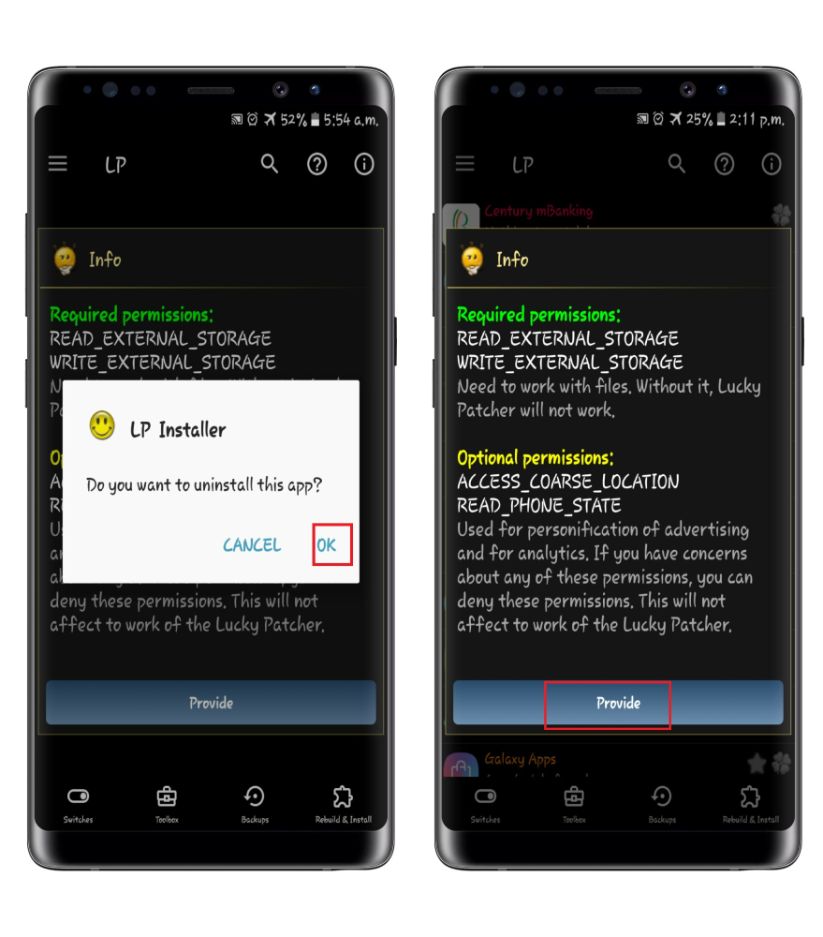 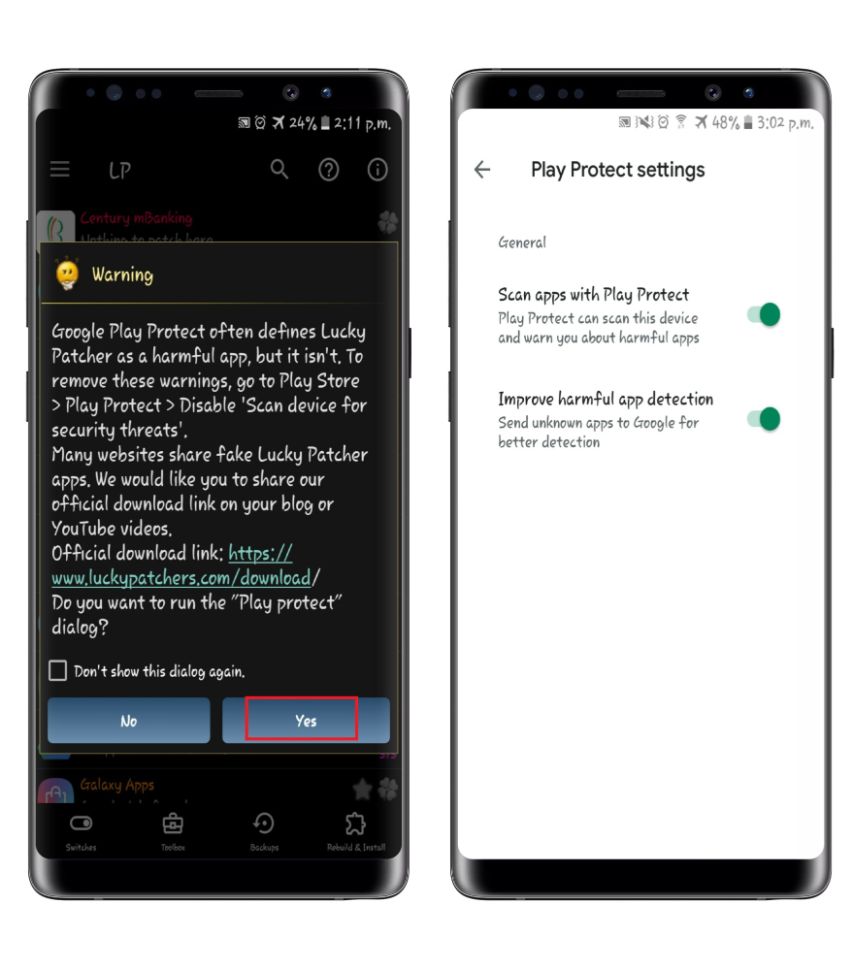 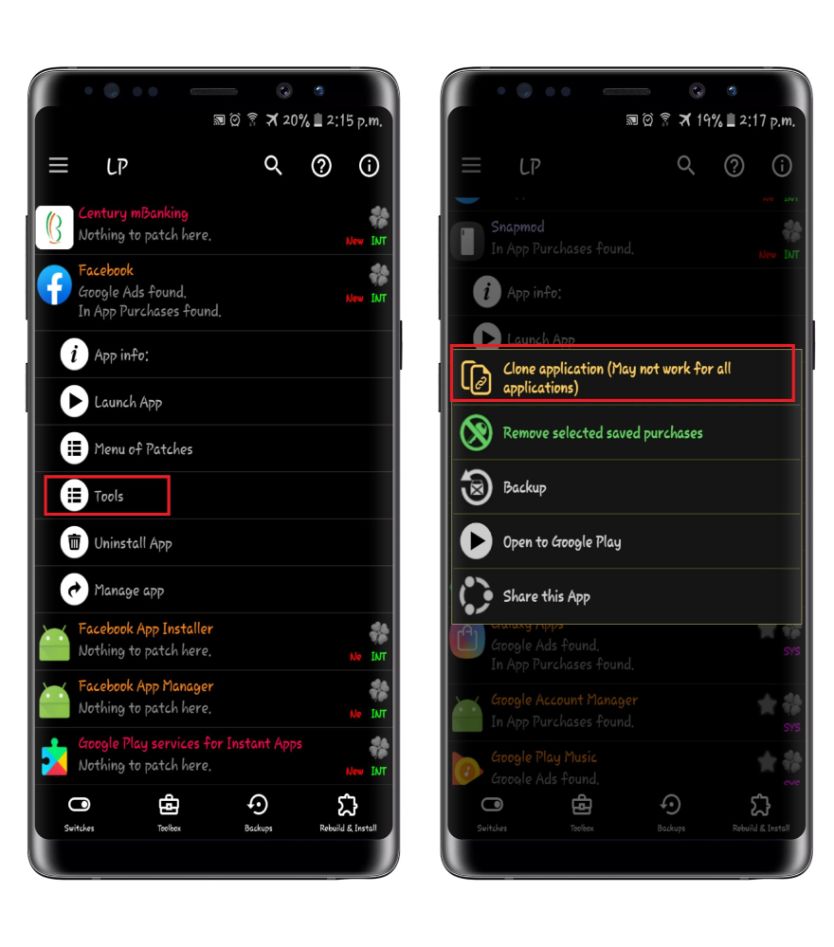 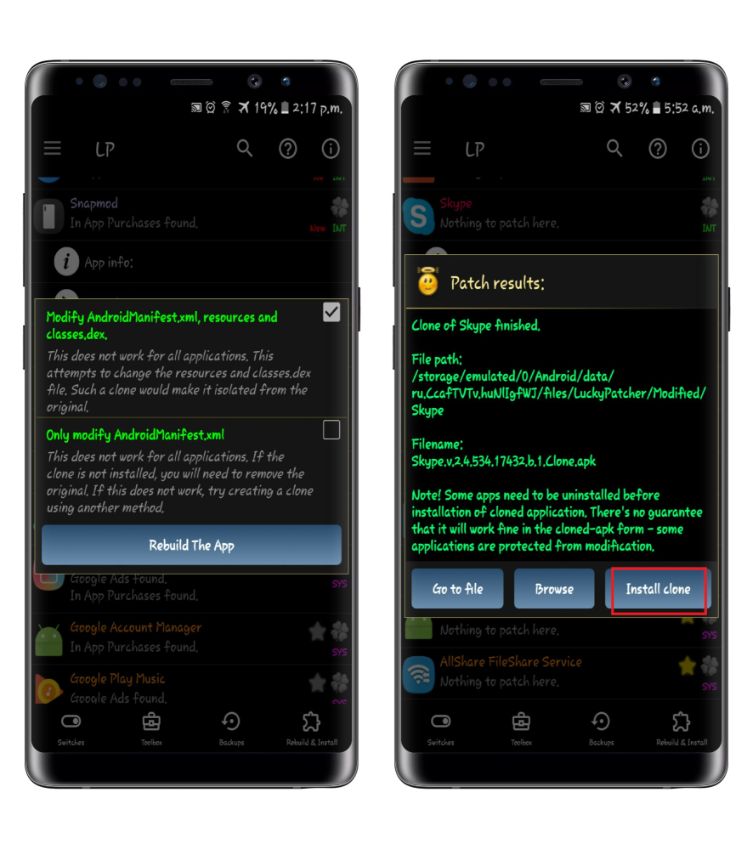 App Cloner creates true, independent and installable app clones. On the App Cloner, the cloned apps will run in parallel and work independently from their original apps. It also offers a multitude of modding options to tweak the cloned app. This means you can change the name and the icon of the duplicate app and create as many duplicate apps as required. The option for installation of the cloned app in the internal storage and SD card is available as well.

System Requirement: Android 4.1 and up.

How to clone an app using App Cloner on Android Device? 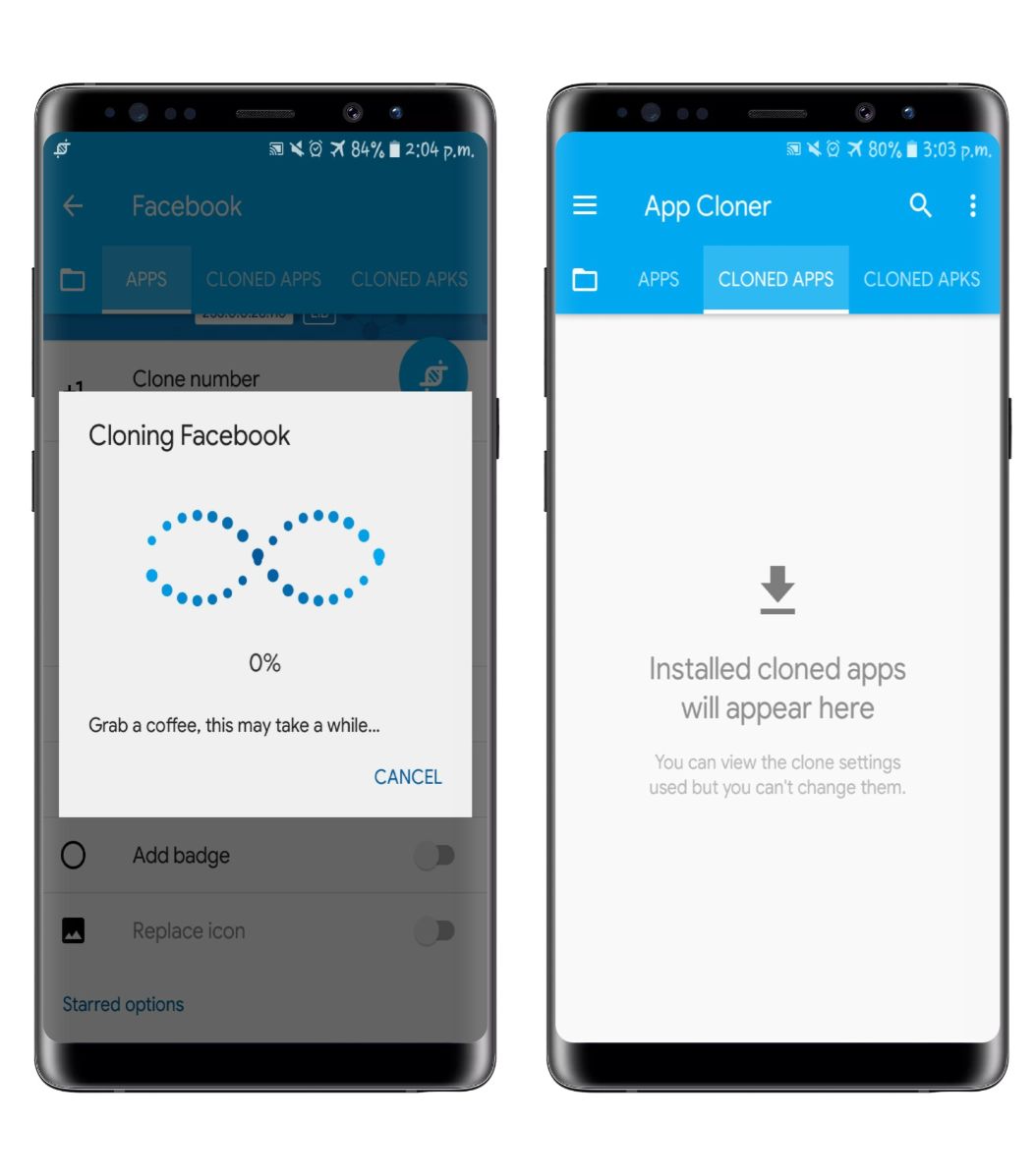 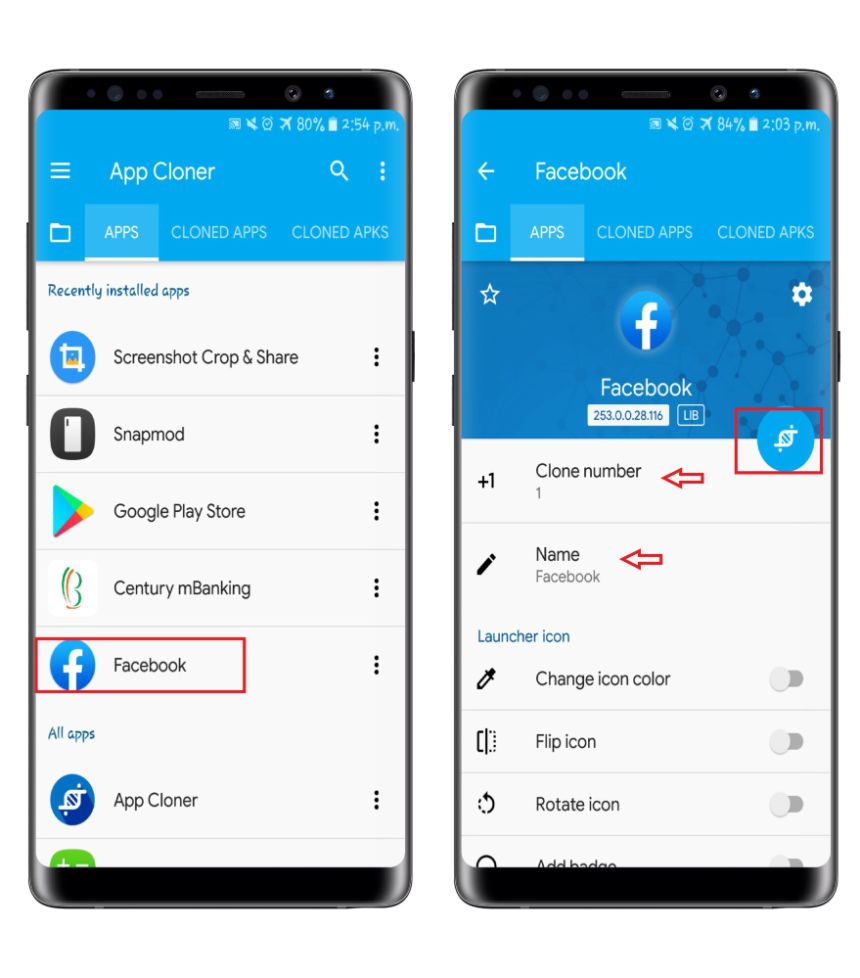