Prabidhi Info › CES › CES 2020 › Samsung’s Sero TV is more than just a TV, it’s a giant smartphone by the wall 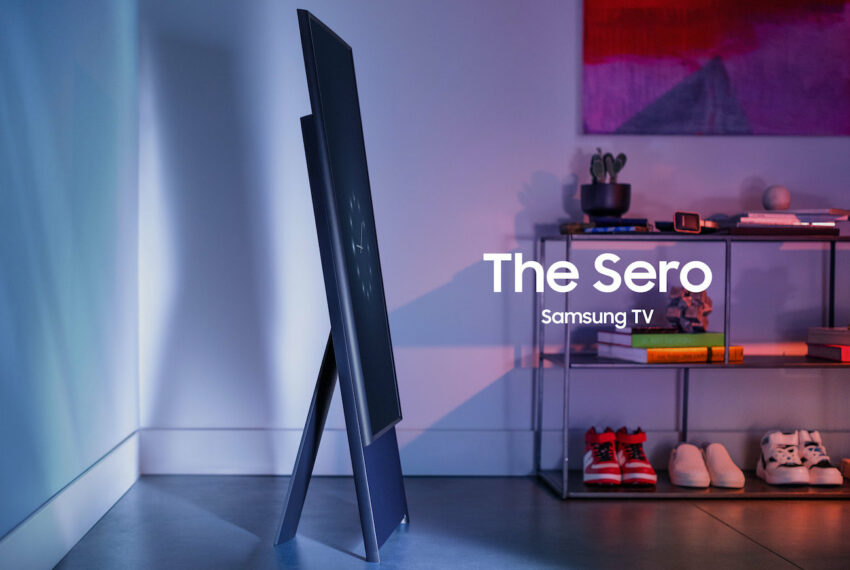 The annual-occurring CES is all about showcasing the tech from the future, something flabbergasting! And this CES 2020 was no different. To name a few, we witnessed an ultra-futuristic Avatar-inspired Mercedes-Benz AVTR car, a beefy ‘Nintendo Switch on steroids’ like Alienware Concept UFO gaming console that is also a PC, Amazefit Powerbuds; earbuds with a heart-rate sensor, and OnePlus Concept One; a phone sporting disappearing cameras. However, Samsung takes the cake with its artificial human “NEON”, a BB-8-like ‘Ballie’ robot and the Sero TV that rotates.

The TV that rotates

The Sero TV measures 43-inch in display with a crisp 4K resolution and minimum bezels. But wait, coming at $1600, the TV isn’t about just display and design, there’s more. The TV provides, probably, the best vertical-video viewing experience. Yes, because it rotates from regular landscape to portrait mode as it mirrors your smartphone display.

Geared towards the Millenials and Gen Zs (as stated by Samsung’s press release), the Sero TV display is attached to a motorized frame-like structure, that doubles as a stand, unlocking the Sero’s super-ability; rotation. The Sero can rotate to give you a giant smartphone-like experience when casting vertical videos from TikTok, Instagram, Snapchat, YouTube or even Facebook, honestly, from any social media out there.

Since the Sero isn’t any regular TV, and of course, it doesn’t act like one as it removes the hassle of wall-mounting because the stand and the display are inseparable, bonded for life. However, thanks to Samsung for thinking it through and adding wheels on the stand, in any case, if you ever wanted this “smartphone TV” migrate.

The Sero seamlessly connects and mirrors your Galaxy devices, other Android smartphones via NFC, and even Apple devices (iPhones and iPads) too via AirPlay 2. While it does support Apple, it won’t auto-rotate for iOS devices, instead, you’ll have to manually rotate using the remote or the SmartThings app. But, yeah, it still rotates, something to rejoice for.

For the Sero standing on an easel-like structure (not the Sherif), feels a second generation to “The Frame Series” launched back in ’17 and so to complement the rotating display, the TV equips the “Sound Wall” feature to display pictures, posters, and visuals.

Before the Sero showed itself at CES 2020, South Korea — the home to Samsung — was the first to welcome the set last year for 1.89M KRW, which translates to $1600, €1230 and AU$2300. As per the Samsung official representative, the Sero TV will be available in the US and UK, but no confirmation for Australia.